How to Beat Inflammation 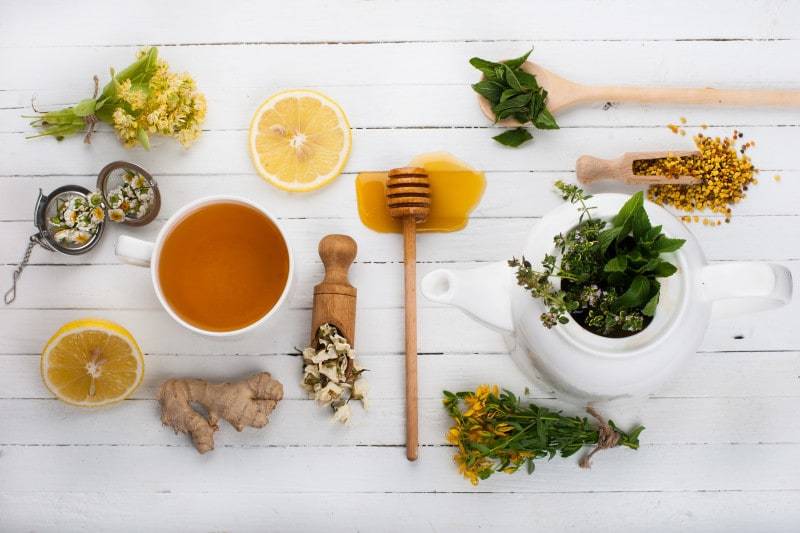 In this day and age, you probably have been told that inflammation is bad. What you may not know is why inflammation happens in the first place, why it is harmful, and what you can do about it.

Here is what you need to know.

Inflammation is a process the body uses to protect itself from harm. When you bang your knee on the table or cut yourself by accident with a knife, for instance, your body sends immune cells to the area of injury to help it heal. In the short term, this action is not only beneficial, but necessary. In the long term, however, if inflammation goes on too often or for too long, problems arise.

For example, your body is very sensitive to processed food that is loaded with synthesized chemicals. When these chemicals enter the gut and then the blood stream, your immune system will initiate an inflammatory response, sending out immune cells all over the body to try and get rid of the offending molecules. Eating foods that are high in sugar also intensify inflammation. It is this inflammatory response that is usually the culprit to the aches and fatigue you might feel the day after eating a lot of sugar or junk food.

Poor food choices are not the only causes of inflammation. Chronic inflammation can be brought on by stress, lack of sleep, a sedentary lifestyle, smoke exposure and other health conditions.  So having a week or months of no exercise, no sleep and poor food choices could do a number on your immune system and your state of health.

Why is chronic inflammation harmful?

Long term inflammation can have severe consequences on your health. It has been associated with depression, heart disease, obesity, diabetes, autoimmune disorders, and pretty much any other disease that you might think of. Recent studies, for example, are pointing to the high levels of inflammation occurring with type 2 diabetes, which is believed to be adding to or causing insulin resistance, and also the likely reason complications such as heart disease, stroke, kidney and eye disease occur.

How can inflammation be prevented or stopped?

The good news is that there is a lot you can do to reduce or prevent inflammation, including eating nutrient-rich food, exercising, meditating, getting more sleep and improving your thought patterns. For example, studies show that meditation practices like guided imagery relaxation can reduce the inflammatory response and that exercise decreases the levels of inflammatory cells.  Studies are also showing that the typical Western diet that is high in sugar and refined or processed foods increases inflammation as compared to traditional diets followed in Japan or in the Mediterranean, which can prevent inflammation.

What kind of diet stops inflammation?

The best way to beat inflammation is to follow an anti-inflammatory (AI) diet, a diet that involves cutting out sugary and refined foods, and instead loading up on nutrient-rich foods that do not provoke inflammation and also provide antioxidants, molecules that get rid of toxic free radicals in the body that cause damage.

The Mediterranean diet, for instance, is an AI diet that has been studied extensively for its myriad of health benefits. Consisting of plenty of greens, some fruits (especially berries), fish and omega-3-rich oils, and whole grains, research shows that this diet is beneficial in reducing inflammation, mortality risks and incidence of heart disease.

What foods are involved in the Mediterranean diet?

It is actually fairly to simple to follow a Mediterranean style diet when you know that it is mostly plant based and emphasizes fish, colorful vegetables and fruits, whole grains, nuts, herbs and spices and omega-3-rich oils like olive oil.

Dark leafy greens like kale, spinach, arugula and Swiss chard pack a punch full of vitamins, antioxidants and minerals. Swiss chard, for instance, is high in vitamins A, C and K, which all anti-oxidant properties. It also is a great source of betalain, which has been found to be anti-inflammatory and also act as an anti-oxidant.

Fish like salmon, mackerel, and sardines are an excellent source of protein and have been shown to improve inflammatory conditions. Such fish get their anti-inflammatory and anti-oxidant action from their high concentrations of omega-3 fatty acids, minerals like selenium (a powerful antioxidant) and vitamins, such as vitamin D, vitamin A and the B vitamins.

Colorful fruit such as blueberries, strawberries, raspberries, red grapes, oranges and lemons are loaded with vitamins such as vitamin C and K, minerals like manganese and antioxidants called flavonoids. Quercetin, for example, which is found in dark colored fruit and berries, is a strong antioxidant known to fight inflammation and cancer.

Fermented food is common in traditional diets and includes Greek yogurt, miso, kimchi, fermented fish, red wine and sauerkraut. Such food has been shown to help build the friendly bacteria in the gastrointestinal tract and offer a myriad of health benefits among which include anti-inflammatory and anti-oxidant activity.

Whole grains versus refined grains have been shown to be associated with reduced inflammation. Examples of whole grain choices include quinoa, whole oats, bulgur, brown rice, barley and millet. Quinoa, for instance, is not only high in fiber, but it is also a great source of protein, amino acids, polyunsaturated fatty acids, vitamins, minerals, betalains and phenols (also powerful antioxidants).

Nuts such as walnuts, pine nuts, almonds, and pistachios are abundant in the Mediterranean diet, not only providing a rich source of protein, but also of the polyunsaturated fatty acid, alpha-linoleic acid, which has anti-inflammatory properties. Nuts are also rich in minerals and vitamins that fight inflammation, like magnesium and vitamin E, as well as polyphenols (antioxidants), and studies do show that eating nuts is associated with a lower concentration of inflammatory markers in the blood.

Herbs and spices provide a whole host of anti-oxidants, vitamins and minerals along with adding a superb taste to food. Dill, parsley, oregano, chives, cinnamon, sage and turmeric are a few examples found in Mediterranean-style cooking. Dill, for example, which is rich in anthocyanins (a flavonoid/antioxidant) has been found to be a powerful antioxidant as well as anti-diabetic. Studies have also confirmed such anti-inflammatory/anti-oxidant activity in oregano, chives, parsley, and turmeric/curcumin.

Healthy fats like olive oil are a staple in Mediterranean-style diets. Not only is olive oil a good source of omeg-3 fatty acids, but it is also high in polyphenols. Evidence suggests that part of the reason the Mediterranean diet reduces inflammation and cardiovascular risk is due to the protective effects of extra-virgin olive oil. (https://www.sciencedirect.com/science/article/pii/S0021915006000402)

What is the bottom line?

Keep in mind that the body is quiet resilient and able to handle some inflammation, just not for long periods and frequently. So if you want to eat a doughnut every now and then, unless you are battling diabetes, it is likely you will be just fine, if your diet consists mostly of vegetables, fish, other lean proteins, good fats, some fruits, whole grains, herbs and spices.   I like to think in percentages, whereby eighty-five to ninety percent of my nutritional intake is nutrient-rich and this gives me then ten to fifteen percent of leeway in eating a little sweet or “junk” on an occasion.

That being said, the bottom line is, eat the foods in the above mentioned lists and avoid sugary foods or syrups, processed foods and refined grains, which should definitely be on your “junk list.” Specific examples include:

Remember, food is fuel and meant to nourish you, not harm you!

Eva Selhub, MD is an internationally recognized resilience expert, integrative health physician, author, speaker, scientist, and health consultant who bridges spirituality to managing stress, achieving optimal health, and finding everlasting joy. Dr. Eva engages her clients and her audiences with her powerful energy, words of wisdom, and scientific knowledge to empower others to transform their health and their lives for the better. She resides in Newtonville, Massachusetts.

Will This Hemp-Based Oil Replace Opioids & OTC Pain Relievers?
May 27, 2018

Eva Selhub, ND.
Founder of Resiliency Experts, LLC. Dr. Eva Selhub is an internationally recognized resiliency expert, physician, author, speaker and consultant, guiding individuals and organizations to optimal resilience, and how to use the five pillars of resilience to master challenges, overcome adversity and thrive.

Sign up for Dr. Eva's Newsletter and get monthly news and inspirations delivered to your mailbox